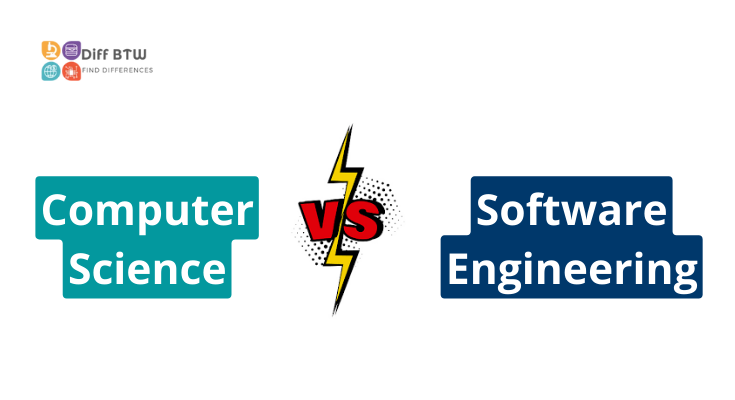 Computer science and software engineering are two very different fields, though they both revolve around computers in some way or another. However, their differences can seem subtle to the untrained eye, so here’s a quick guide that should clarify which career path is right for you! We’ll also look at where each field came from and the possible futures of each profession.

What is Computer Science?

There are many different types of problems that people use computer science to solve. These include business problems, math problems, and even social problems. Some examples of issues that computer scientists work on every day are finding ways to protect your personal information online, developing methods for you to shop or bank online more efficiently, developing software systems for companies so they can more efficiently run their businesses, or making websites easier for you to use. To be successful in this field requires strong analytical skills and creativity.

What is Software Engineering?

Software engineering is a discipline of computer science that deals with the design, construction, operation, maintenance, and evolution of software systems. Software engineers work closely with business analysts, project managers, and end users to create products that meet customer requirements.

Are you interested in a career in computer science or software engineering? Both fields are involved in developing and maintaining software applications, but there are some critical differences between the two. Computer scientists typically focus on designing algorithms to make computers more efficient, while software engineers work with developers to create working code for an application.

In general, computer scientists spend less time writing code than their counterparts in software engineering. However, both professions involve fixing bugs and programming new features. The skills required for each profession also vary; computer scientists need knowledge of mathematics, statistics, and programming languages like Java or C++, and software engineers need knowledge of design patterns and databases like SQL Server.

If you’re interested in a tech career, you may wonder what the difference is between computer science and software engineering. Both fields are proliferating and offer great career opportunities.

They typically work with programming languages like C++ or Java and can have careers as an application developer, systems administrator, web developer, or even data scientists. Software engineers also develop software, but they focus on designing and building it from scratch.

They design how the program will work, break it down into manageable pieces called modules, and then use various coding languages to code those modules so they come together as one coherent piece of software.

They also take care of how their programs interact with hardware or other types of software, so everything works seamlessly together, including networking and security.