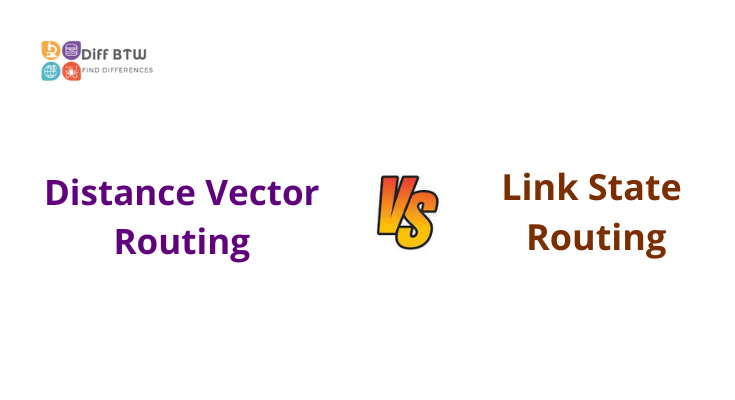 In computer networking, routing is selecting network paths to carry network traffic. Routing is performed for many kinds of network traffic, including data packets on the Internet.

What is Distance Vector Routing?

In a network, each router has a vector of distances to other routers in the network. When a router wants to send data to another, it uses this vector to determine the best route. The main advantage of this method is that it is relatively simple to implement and understand.

However, it can be slow to converge on a new route if there are changes in the network, and it is also susceptible to routing loops. As with any protocol, there are advantages and disadvantages. The two methods discussed here have different strengths and weaknesses that should be considered when determining which will work best for your situation.

What is Link State Routing?

Differences Between DVR and LSR

The Distance Vector Routing Protocol (DVRP) is a routing protocol that uses the Bellman-Ford algorithm to calculate the shortest path between nodes. The main advantage of DVRP is that it is relatively simple to implement and does not require a lot of processing power.

However, one downside of DVRP is that it can be susceptible to routing loops. In contrast, Link State Routing Protocols use the SPF algorithm to calculate the shortest paths based on link states and node states. Unlike DVRP, LSRP is more complicated but offers improved performance.

First, there are topology-driven protocols like OSPF (Open Shortest Path First) and IS-IS (Intermediate System to Intermediate System). These networks self-organize by creating shortest paths between routers with the help of a metric such as bandwidth or delay.

So, what’s the difference between these two types of routing protocols? In a nutshell, link state routing is more efficient and accurate, but distance vector routing is simpler and easier to implement. There are many different flavors of each type of routing protocol; we have focused on the most popular ones in this post. In most cases, both protocols can coexist because they have different strengths and weaknesses. They each serve different purposes depending on your use case; one may be better than the other.