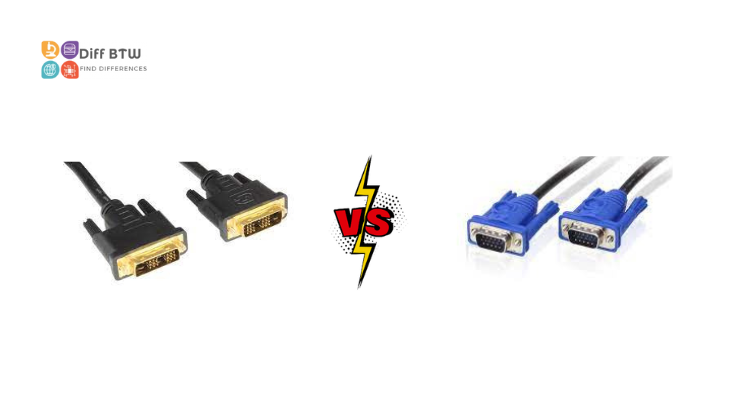 DVI (Digital Visual Interface) and VGA (Video Graphics Array) are two types of video interfaces that can connect computers and other devices to displays, projectors, and other output devices. Although they are similar in some ways, there are also some key differences between DVI and VGA.

This article will compare DVI vs VGA in terms of their supported resolutions, the quality of the image each interface produces, the maximum amount of data they can transfer per second, their cables, ports, and availability in general, as well as their advantages and disadvantages.

When you’re looking to buy a new monitor, one of the most important decisions you’ll have to make is which type of connection to use. DVI and VGA are the two most common types of connections, but what’s the difference between them?

DVI stands for Digital Visual Interface and is a newer type of connection that offers improved image quality. It can handle both analog and digital signals, so it’s perfect for connecting your computer to a monitor or HDTV. VGA, on the other hand, is an older technology that can only handle analog signals. This means that if you want to connect your computer to a newer HDTV or monitor, you’ll need a DVI adapter.

What is Digital Visual Interface (DVI)?

DVI is a video display interface that can be used to connect a display device, such as a computer monitor, to a video source, such as a graphics card. It is an industry-standard connector type and is typically used for high-definition displays. 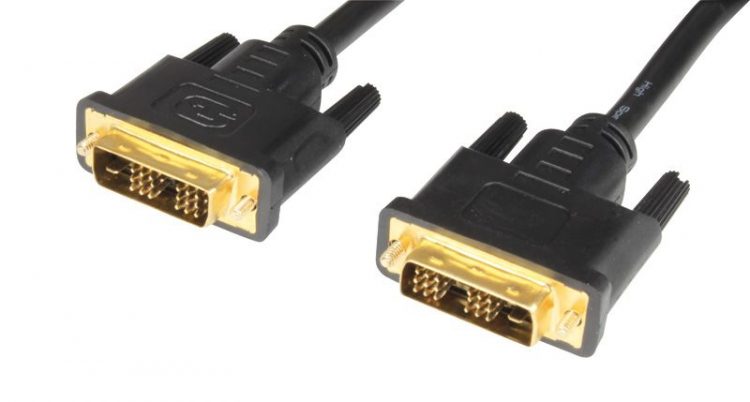 DVI cables and ports come in two main varieties: DVI-I (which includes both digital and analog signals) and DVI-D (which is digital-only). A single cable can carry both types of signal, but you’ll need the right kind of port on your video card and monitor.

A DVI-A adapter may also be needed to adapt from DVI-I or DVI-D connectors to the older VGA connectors found on some devices with integrated graphics chipsets. In addition, many older displays may not have a built-in HDMI input, so you’ll need an adapter like this one if you want HDMI connections instead of analog or digital ones.

What is Video Graphics Array (VGA)?

VGA is an analog video signal sent from the computer to the monitor. The image is displayed on the monitor by scanning the rows and columns of pixels on the screen. VGA has a resolution of 640×480, which means that there are 640 horizontal pixels and 480 vertical pixels. It displays 16 colors at a time with 256 colors possible for each pixel. 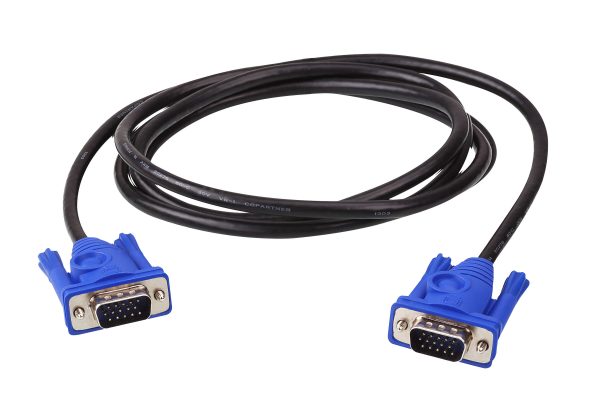 How do they Differ?

In terms of the connection between the monitor and the device, DVI works by converting the digital data into analog signals. In contrast, VGA works by directly sending the signal over the wire. Both VGA and DVI work at the same frequencies, although DVI tends to be slightly faster than VGA.

Similarities Between DVI and VGA

DVI and VGA are both video cables that are used to connect a computer to a monitor or projector. Both cables have male connectors with 15 pins arranged in 3 rows. The major difference between the two is that DVI carries a digital signal while VGA is analog.

When it comes to size, DVI connectors are larger than VGA connectors, but when it comes to bandwidth, VGA has a greater capacity for information. One other major difference is that DVI supports higher resolutions (up to 1920×1200) than VGA (up to 1600×1200).

Key Differences Between DVI and VGA

Most people don’t know the difference between DVI and VGA. Here’s a quick rundown:

You should also note that DVI doesn’t support sound (although there are adapters available). If you’re trying to decide between the two formats, remember that DVI carries both digital and analog signals while VGA carries only analog signals. That being said, many recent computers do not include a VGA port at all.

What is the difference between DVI and VGA?

Which is better: DVI or VGA?

The two main types of video connectors are DVI and VGA. They both have their pros and cons, so which one is the best?

DVI is a newer connector type that offers better image quality than VGA. It can handle higher resolutions and it has a digital signal, so there is less chance of image distortion. However, DVI connectors are not as common as VGA connectors, so you may not be able to use them with all of your devices.

VGA connectors are more common than DVI connectors, so they are easier to find. They also offer good image quality, although not as good as DVI. Additionally, VGA connectors are compatible with most devices, making them a good choice if you aren’t sure which type of connector your device uses.

What are the pros and cons of using DVI vs VGA?

On the surface, it would seem that DisplayPort and HDMI are the most logical choices for video connections, as they both support audio and video. However, what if you have an older monitor or TV without a DisplayPort or HDMI input? In that case, you’ll need to use a VGA or DVI connection.

What are the differences between DVI and VGA?

DVI and VGA are both video connectors used for displaying video on a monitor. DVI is a newer connector and offers superior image quality to VGA. DVI is also digital, while VGA is analog. This means that DVI can carry a higher resolution signal than VGA. DVI also uses less bandwidth, making it better suited for high-definition content.

VGA is more common than DVI, so it may be easier to find adapters or cables to connect your devices. However, if you can use DVI, it is the better option for video quality.

Which is better, DVI or VGA?

When it comes to graphics cards and monitors, there are a few different types of connectors you’ll come across. The two most common are DVI and VGA. So, which one is better?

DVI is the newer standard, and it offers several advantages over VGA. For starters, it can transmit digital signals, which results in a sharper image. It’s also capable of carrying more data than VGA, so videos look smoother.

One downside to DVI is that not all monitors support it. If you have an older monitor, you’ll need a VGA connector. Additionally, DVI connectors can be a bit more expensive than VGA connectors.

Ultimately, which connector you choose comes down to personal preference and the devices you’re using. If you’re looking for the best possible picture quality, go with DVI.

Which is cheaper, DVI or VGA?

When it comes to video connections, there are a few different types you might come across. One of those is DVI, and another is VGA. So which one is cheaper?

Well, in most cases DVI is the cheaper option. You can find DVI ports on many monitors, graphics cards, and other devices. However, VGA is still quite common so you might find it on some older devices.

One thing to keep in mind when considering DVI vs. VGA is that not all devices have both options. If you’re looking to connect your device to a monitor or other output device, make sure it has the appropriate port before making your purchase.

In conclusion, DVI is the better option if you have the choice between the two. It provides a higher quality image and can carry audio signals. If you have an older monitor that only supports VGA, you can use an adapter to connect your DVI output to the VGA input on the monitor.