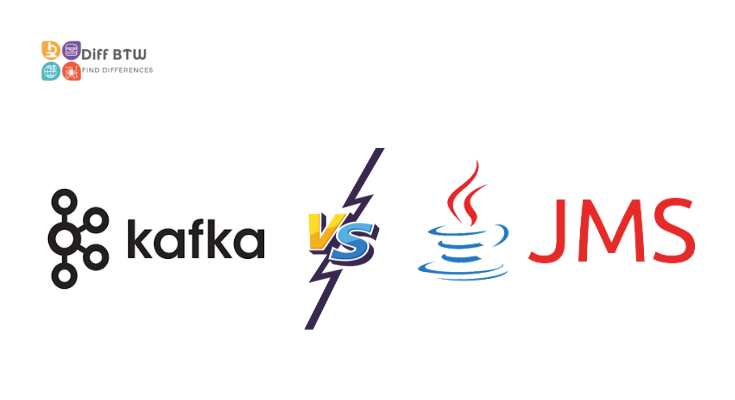 You’ve probably heard of Kafka before, but what exactly does it do? What does it do better than JMS? And why should you even care? The two are often lumped together, making them seem like just another part of the software stack that Java developers need to master to be successful.

But there are significant differences between Kafka and JMS that can affect how you develop and run your applications, so let’s take a closer look at what Kafka is, what it does well, and what you need to know about it before you start using it in your applications.

There are many differences between the Kafka and JMS messaging systems. Kafka is a distributed streaming platform for high-throughput data pipelines, while JMS is a Java Enterprise Edition specification for message-oriented middleware.

Kafka is designed to be scalable and fault-tolerant, while JMS focuses on providing an easy-to-use API. Kafka messages are immutable and can be stored for days, weeks, or even months. JMS messages are typically discarded after they have been consumed.

Kafka has a concept of topics and partitions, while JMS uses queues to store messages. Messages in Kafka are assigned an offset, uniquely identifying each message within a partition. JMS does not have this concept and instead relies on message selectors to filter messages. Kafka offers better performance and throughput than JMS.

Apache Kafka is a distributed publish-subscribe messaging system designed to be fast, scalable, and durable. It is built on a streaming platform that can handle daily trillions of events. Many features differentiate it from other systems:

Java Message Service is a standard for accessing messaging services. It’s vendor-agnostic, meaning that it can work with any messaging system. JMS is asynchronous, meaning it can send and receive messages without needing a response.

It’s also reliable, meaning messages are delivered in the order they’re sent. Messages can be stored on an intermediate server before reaching their destination to avoid overwhelming the receiver. Messages are stored on a broker before being deleted after some time or after receivers have successfully processed them.

Difference Between Kafka and JMS

Apache Kafka is a distributed publish-subscribe messaging system often used in place of a traditional message broker. On the other hand, Java Message Service (JMS) is a Java Enterprise Edition (EE) specification that defines standard interfaces and semantics for message-oriented middleware. So, what’s the difference between the two?

When it comes to deployment, Kafka can be run on-premises, while JMS requires an application server to function. This can make Kafka more challenging to set up, but it also gives you more control over your data. Additionally, Kafka is often used in streaming applications, while JMS is typically used for batch processing.

Throughput is the number of messages that can be processed per second. When it comes to throughput, Kafka is the clear winner. It can handle up to 10 times more messages than JMS.
Kafka vs. JMS – Latency (five sentences): Latency is the time it takes for a message to be processed. Kafka has lower latency than JMS because it uses a push model instead of a pull model.

Apache Kafka and Java Message Service (JMS) are two popular messaging technologies. They both provide a mechanism for applications to communicate, but there are some critical differences between them. Firstly, Kafka stores message on a disk while JMS stores them in memory.

Secondly, Kafka is meant for large amounts of data, while JMS is meant for small amounts. Thirdly, JMS has many features that Kafka does not have, such as security mechanisms and message priority. Finally, messages stored in Kafka can be accessed from anywhere on the network. In contrast, messages stored in JMS can only be accessed from inside an application server or remote clients like an IDE or browser client.

Regarding reliability and availability, both Kafka and JMS offer features that make them robust messaging solutions. However, there are some key differences. For instance, Kafka is designed to be highly available and fault-tolerant, while JMS is not as focused on these aspects. This means that if you’re looking for a messaging solution that can handle a high volume of messages with minimal downtime, Kafka is a better option.

When it comes to the replication factor, Kafka takes the cake. A replication factor of three means three copies of each message are stored on different servers. This ensures that if one server goes down, the other two can still handle the load. JMS, on the other hand, only allows for a single copy of each message. This can be a problem if the server that houses the messages dies.

The data model is one of the most important aspects to consider when choosing a messaging system. How will the messages be structured? What format will they be in? JSON, XML, Avro, Protobuf?

Why would you use one over the other?

If you’re looking for a message queue that can handle high throughput and provide horizontal scalability, then Kafka is the right choice. However, if you need guaranteed message delivery or need to support legacy applications, then JMS is a better option. How do they compare?: Kafka has lower latency than JMS and guarantees message ordering while JMS does not.

Understanding ACID, BASE, and Eventual Consistency

In conclusion, the main difference between Kafka and JMS is that Kafka is a message queue system that uses a publish-subscribe model. At the same time, JMS is a Java messaging system that uses a point-to-point or queue model. Both systems have pros and cons, so choosing the best fit your needs is essential.