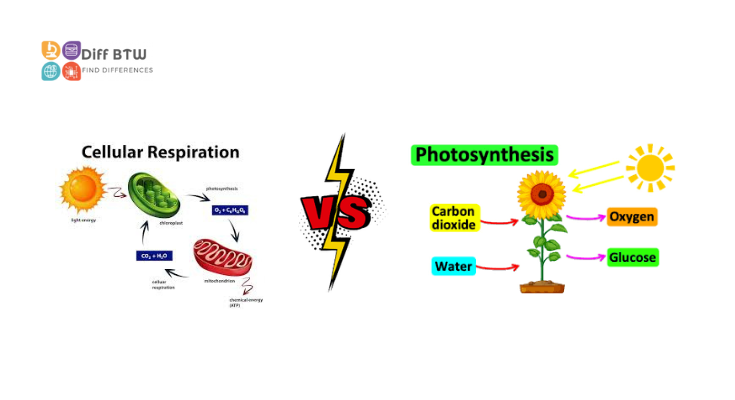 One must first understand each process to understand the difference between respiration and photosynthesis. Respiration is the process of breaking down organic matter to release energy. This process occurs in all cells and is necessary for survival. Photosynthesis, on the other hand, converts light into energy that plants can use to create food. Although both processes are essential for life, they are pretty different.

Photosynthesis is when plants use sunlight to convert carbon dioxide into glucose (a type of sugar). Plants take in carbon dioxide and water through their roots and use these elements and sunlight to create glucose. When we talk about respiration, we are referring to the process of taking in oxygen and releasing carbon dioxide. For a plant to survive, they need both approaches to coincide. The plant will not live long enough to reproduce if either process stops.

Photosynthesis is when plants take carbon dioxide and water from the atmosphere and convert them into sugar molecules using sunlight. Respiration is the opposite process where plants use oxygen and sugar molecules to create energy. Both processes co-occur in the same plant. However, they have different effects on the plant’s growth.

Critical Differences Between Respiration and Photosynthesis

In this way, ATP acts like fuel in a car engine, being burned up to generate movement or power. The car would not run without gas but would run out quickly if there was no place to refuel. Similarly, our bodies cannot operate without using energy. Still, they will eventually burn out if we don’t consume enough food sources containing carbohydrates and other nutrients needed for the body to function correctly.

Water is necessary for both processes. Photosynthesis requires water, while respiration does not.

Light is required for both processes. Photosynthetic organisms need light to perform photosynthesis, whereas respiring organisms do not.

Oxygen is required for both processes, but only photosynthetic organisms require oxygen.

Glucose is a product of photosynthesis.

ATP is the primary source of energy for all living things.

How do plants respire?

Plants respire 24 hours a day, but photosynthesis only occurs during the day when there is sunlight. Plant respiration is when plants take in oxygen and release carbon dioxide, water vapor, and heat. On the other hand, photosynthesis is when plants use sunlight to convert carbon dioxide and water into glucose and oxygen. However, it doesn’t just stop there. Oxygen and glucose are six water molecules with extra hydrogen or oxygen atoms. What do you think happens to all those molecules? They combine and break down into their original components so they can be reused for something else!

Plants can photosynthesize due to the presence of chloroplasts in their cells. Chloroplasts are organelles that contain chlorophyll, which gives plants their green color. Plants use energy from the sun to convert water and carbon dioxide into oxygen and glucose. This process is known as photosynthesis. Plants release oxygen into the air as a byproduct of photosynthesis.

The human body is composed of trillions of cells, each with its unique function. These cells need oxygen to survive and perform their duties. Oxygen enters the body through the lungs and circulates throughout the body via the blood. The respiratory system must work properly for the body to use oxygen effectively. When the respiratory system does not work correctly, oxygen cannot enter the bloodstream, and the body becomes hypoxic (low in oxygen). Hypoxia is a severe condition that requires immediate medical attention.

Air enters the body through the nostrils and travels down the nasal passages to the nasopharynx. From here, air passes through the oropharynx and oral cavity before entering the pharynx. Air then moves through the larynx and trachea before passing through the bronchi and bronchioles and reaching the alveoli. Alveolar gas exchange occurs in the alveoli, where carbon dioxide diffuses out of the blood and oxygen diffuses into the blood. Carbon dioxide is released into the atmosphere while the blood takes up oxygen.

During respiration, oxygen molecules diffuse across the alveolar membrane into the capillary network. Once inside the capillaries, they pass through the pulmonary circulation and reach the heart’s right atrium. They travel through the right ventricle and are pumped into the left atrium. Oxygen-rich blood flows through the coronary arteries and reaches the myocardium. The oxygenated blood returns to the left ventricle and is pumped throughout the body.

When the oxygen level in the blood drops below normal levels, the brain sends signals to the respiratory center in the medulla oblongata. The respiratory center then stimulates the muscles involved in breathing. As a result, the diaphragm contracts and pushes air into the lungs.

In short, respiration is breaking down organic matter to release energy. At the same time, photosynthesis uses light energy to convert carbon dioxide and water into organic matter. Though both processes are necessary for life on Earth, they couldn’t be more different. 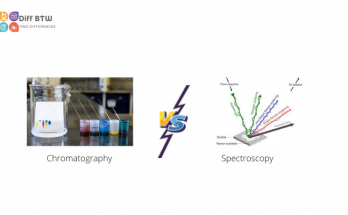 Chromatography vs. Spectroscopy: What’s the difference?